Crunching the numbers on farming systems 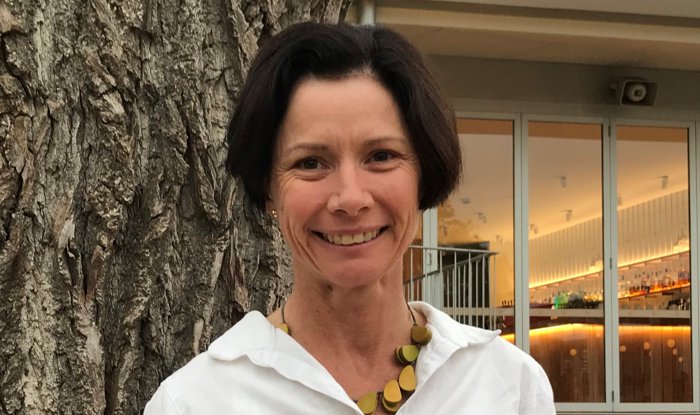 All dairy farming systems can be profitable if managed well, but preliminary data analysis from NSW’s Dairy UP program suggests there’s more variability in tough seasons for non-grazing systems.

That was the message from NSW DPI Development Officer and Dairy Business Advisory Unit leader Sheena Carter, who presented some early farm financial and physical performance information to the Dairy Research Foundation Symposium.

As part of her role with the collaborative Dairy UP project and the one-year Economics of Intensification project, Sheena has undertaken some preliminary work, retrospectively assessing data from NSW total mix ration (TMR), non-grazing operations and comparing it to a subset of grazing and partial mixed ration, similar sized dairy businesses included in the Dairy Farm Monitor Project (DFMP).

This research will be combined with similar work being undertaken by Agriculture Victoria in the Murray region and used by Dairy Australia to help develop a Decision Support Tool as part of its Adapting Farm Systems project. This tool will assist farmers considering an intensification of their feeding and housing system.

Preliminary financial results from NSW indicated that gross farm income was similar between the two groups of farms, but livestock trading profit and ‘other income’, such as hay and grain sales, made up a larger proportion of income on the TMR farms compared to the DFMP subset of farms.

Sheena told the online symposium that this TMR trend of earning a larger proportion of income from livestock trading and other sources reflected a business diversification strategy on several of the farms.

The TMR, non-grazing group of farms, have larger than average herd sizes, lower annual rainfall and a larger total usable area – reflective of the need to grow as much homegrown fodder as possible.

The analysis found that the TMR farm systems, on average, had a lower proportion of total gross income attributed to milk compared with the DFMP subset across those two financial years.

But these TMR herds, on average, have higher per cow production and Sheena expected the average across the seven-farm data set would increase with time as some of the farms have only recently made the transition to a full TMR system.

“Some of what we are seeing here is that not all farms have been operating as TMR systems for a prolonged period” she said. “They are still in that transition period and perhaps not yet realising some of the genetic gain and feed conversion efficiency (that’s possible). Their business isn’t quite in that sweet spot yet.”

In terms of operating profit, or earnings before interest and tax (EBIT), there was a much larger variation in 2019-20 for the TMR farms.

Sheena said this reflected how some of these farms were exposed to the very expensive fodder market because of drought. This affected the group’s average EBIT which, while still healthy, wasn’t as strong as the DFMP subset of farms. In 2020-21 the two groups averaged the same EBIT per kilogram of milk solids.

The financial improvement of the TMR group in 2020-21 reflected how better seasonal conditions meant these farms were able to grow more of their own feed and their purchased feed costs were a smaller proportion of total feed costs.

The location of the TMR farms were part of the reason for the group’s higher RoTA, despite a lower or equal EBIT per kgMS compared to the DFMP subset. These TMR farms are predominantly in the inland dairying regions were land values are not as high as those on the coastal regions of the state – where the majority of farms in the DFMP subset are located.

Total overhead costs averaged over the two years (paid and imputed labour, repairs and maintenance, depreciation, and other costs) were lower for the TMR farms at $2.92/kgMS, compared to $3.17/kgMS for the DFMP subset. This was in part because these larger TMR businesses could dilute these fixed costs with a larger amount of milk production.

Repairs and maintenance overheads for the TMR farms were 44 cents/kgMS for both financial years but ranged from 42 to 51 cents/kgMS for the DFMP subset.

Sheena said initially there were thoughts that repairs, and maintenance would be higher on the TMR farms because of the increased amount of infrastructure and equipment

She said further investigation through this project will reveal more, but her initial thoughts included a reallocation of the repairs and maintenance costs in TMR businesses from areas such as laneway and paddock maintenance.

Many NSW farms in the DFMP subset also have feedpads that are used periodically, in addition to paddock grazing, Sheena said. These feedpads come with associated feeding-out equipment and repairs and maintenance costs. On top of the costs associated with a feedpad, many farms also have machinery for paddock work, such as fodder conservation, because of the lack of external contractors in these dairy regions.

A social survey for farmers will be distributed through the Dairy UP network next year to explore the motivators behind farmer interest in intensification of their feeding systems to better understand moves towards implementing a TMR business. This survey will seek to uncover the decisions made by farm managers and their advisors who have already modified their system.