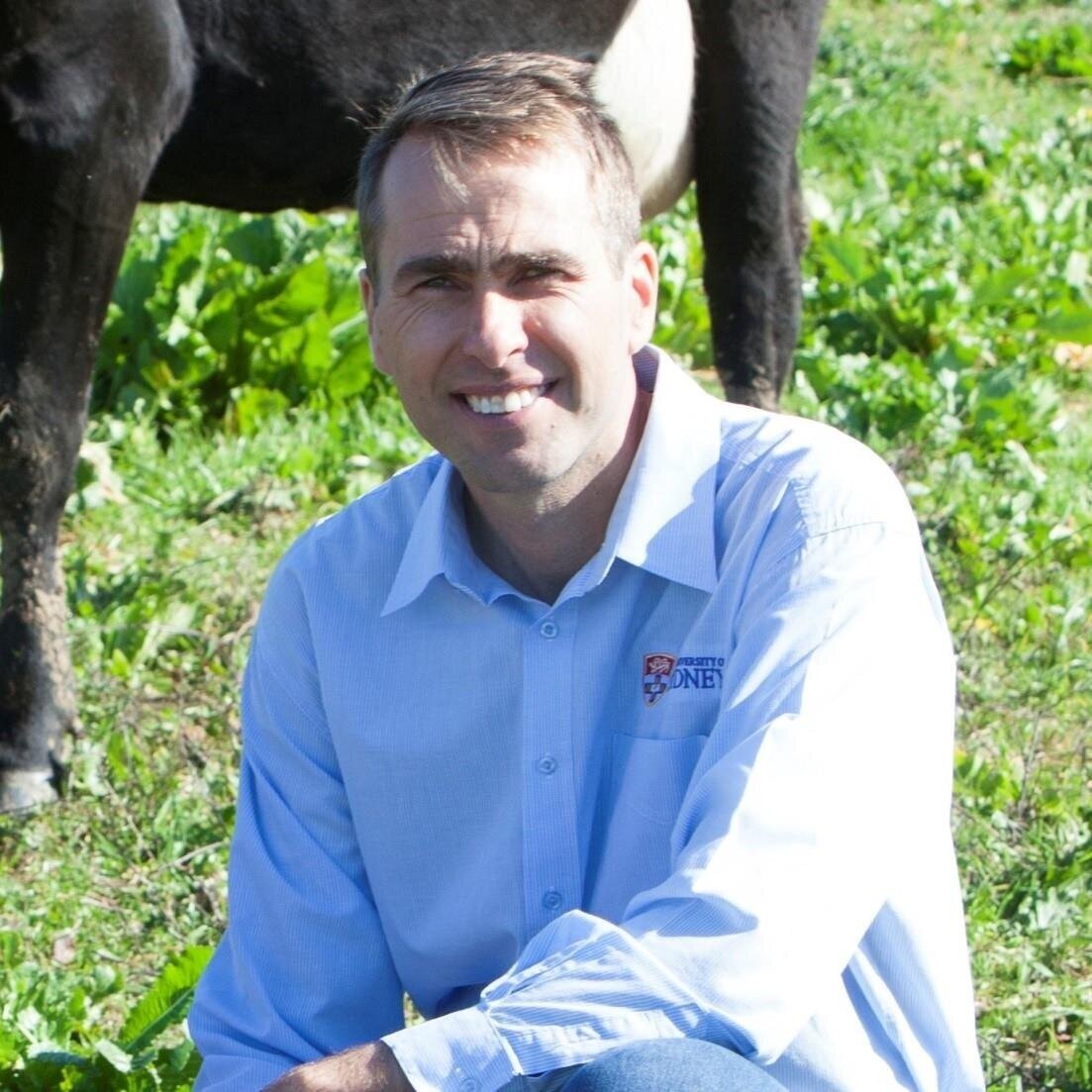 Using rumination data to more accurately wean calves to promote better health and production potential is just one of the applications of new data technologies being investigated by Assoc Prof Cameron Clark and his Dairy UP colleagues.

Data could hold the key to a future where calves are weaned according to their rumination development, resilient cows identified to cope with our extreme environments and supplement allocations are optimised within herds. That’s according to University of Sydney Associate Professor Cameron Clark. He’s leading a program using advanced data science to unlock the value of new and existing data for NSW dairy farmers, as part of the new Dairy UP initiative.

Dairy UP is a new collaborative dairy research, development, and extension program for NSW, investigating the potential of milk, cow, and water to increase productivity and profitability, de-risk the dairy industry and develop new markets.

Assoc. Prof Clark told the Dairy Research Foundation online symposium recently that as technology is used more to monitor animals, the additional data it generates can be further “exploited” for better farm management. One example is using rumination data to more accurately wean calves to promote better health and production potential. “When dairy farmers wean calves they have different targets, some aim for a certain liveweight while others wean according to the calf’s age,” he said. “But really where we think the industry could go is focusing on the calf’s rumen development. Maybe achieving a set amount of rumen development thresholds using animal sensors, could be a virtual way of determining when to wean.”  This ‘virtual weaning’ project will be led by PhD candidate Sarah Mac.

Another way researchers will use existing data, advanced technology, and automation tools to improve dairy farm management includes identifying animals that are more resilient. Pairing 16 million data records, from more than 800,000 cows in the NSW dairy industry, with climate information will help researchers identify cows and systems that fared better during tough climatic conditions. Assoc. Prof Clark said this information would help farmers better prepare for extreme weather events such as drought. “Can we identify animals that are more resilient to things like drought?” he said. “Coming into a time of lower feed availability, who are the animals’ farmers should be culling to reduce feed demand and when should this optimally be done?”

Building on the heat tolerance breeding value created by industry, this NSW work will also examine the decisions made on the farms that fared better during droughts. Researchers would then help translate these management decisions across the industry.

Work to optimise feed allocations, using existing herd data, will also help NSW dairy farmers prepare for drought, according to Ass. Prof Clark.
“The value in the data is being about identifying which animals respond better than others to supplementary feed,” he said. “With a feed budget, there’s a set amount of grain allocated into milking herds. Within boundaries, we will allow the system to optimally allocate grain to cattle for the best return.”  Our previous research suggests there’s a 10 per cent milk yield gain by allocating existing grain-based supplementary feed to cows that have higher milk production responses,  Assoc. Prof Clark said. This Dairy UP research would test this modelling on commercial farms to provide guidelines for farmers to get the most from limited feed options. “This work will test the robustness of the model across commercial farms and put it into practice ultimately driving greater profitability for NSW dairy farms” Assoc. Prof Clarke said.